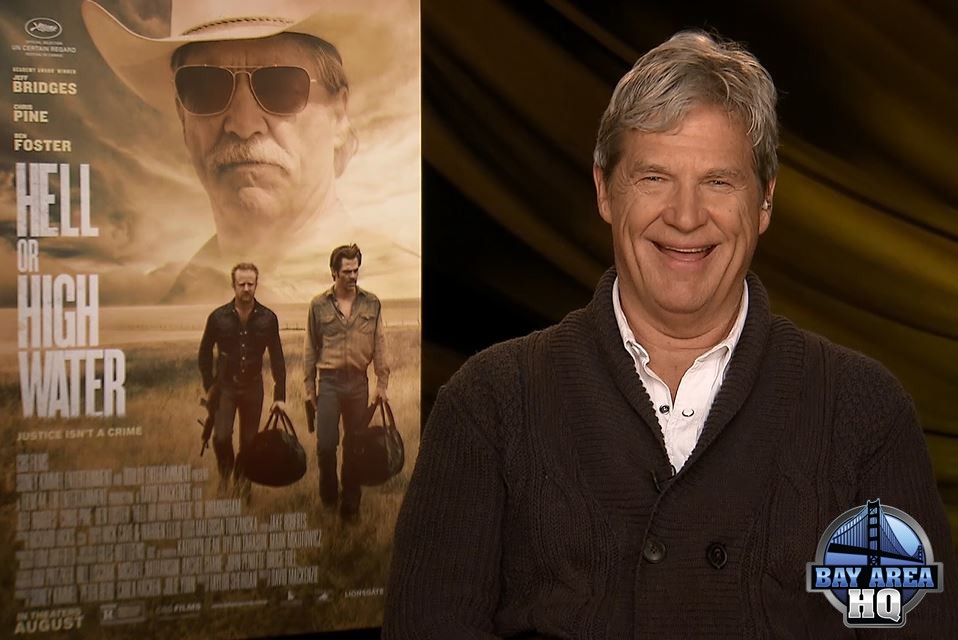 Hell or High Water: Jeff Bridges on Beer, Ironman & More: We LOVE the new movie Hell or High Water, opening this weekend in San Francisco, with a wider release next week. Can’t stop thinking about it. Very though provoking with great performances by Jeff Bridges, Gil Birmingham, Chris Pine, and Ben Foster. A modern western where the lines are blurred between good and bad, Hell or High Water is authentic, edgy, and one of the best films of the year. In HELL OR HIGH WATER, two brothers, Toby (Chris Pine) and Tanner (Ben Foster), go on a calculated bank robbery spree that puts them on a collision course with a West Texas Ranger (Academy Award©-winner Jeff Bridges) determined to take them down.

Watch our fun interview with Jeff Bridges, who we chat with about Beer, Archie Bunker, the San Francisco Bay Area, The Coen Brothers, The Big Lebowski, Guitar Jammin’, and whether Obadiah Stane, the villain he played in the first Ironman, is still alive.

Son of great actor Lloyd Bridges, Jeff grew up in a Hollywood family, and started his acting career early on. He earned his first Academy Award nomination for his breakout role in The Last Picture Show. Bridges starred in many films including The Fisher King,  Heaven’s Gate, TRON, and the cult hit The Big Lebowski in 1998. After decades of beloved roles, he finally received an Oscar for his performance in Crazy Heart in 2009.

Hell or High Water is playing at the AMC Metreon and Sundance Kabuki in San Francisco. In Campbell, you can see it at the Camera 7.