WATCH: “The Peanuts Movie” San Francisco Premiere –Ally Williams caught up with the cast of the first Peanuts movie in 35 years at Pier 39 in San Francisco. Charlie Brown, Snoopy, Lucy, Linus and the rest of the beloved “Peanuts” gang make their big-screen debut, like they’ve never been seen before, in state of the art 3D animation, hitting theaters on November 6th. Charlie Brown, the world’s most beloved underdog, embarks upon an epic and heroic quest, while his best pal, the lovable beagle Snoopy, takes to the skies to pursue his arch-nemesis, the Red Baron. From the imagination of Charles M. Schulz and the creators of the ICE AGE films, THE PEANUTS MOVIE will prove that every underdog has his day. Check out our red carpet interviews with Noah Schnapp (Charlie Brown), Hadley Belle Miller (Lucy Van Pelt), Mar Mar (Franklin Armstrong), and Francesca Capaldi (Little Red Haired Girl).

We also caught up with Steve Martino, the director of the movie. We asked him about the challenge of casting.
He told Bay Area HQ “When I started this project it was stressful. Because, for me, the Charlie Brown voice, the Linus voice, Lucy, from the original Christmas special – those were the characters. I grew up with them. And so I wanted a vocal quality that was similar. Thankfully, after thousands of audition tapes, we have this wonderful cast.” 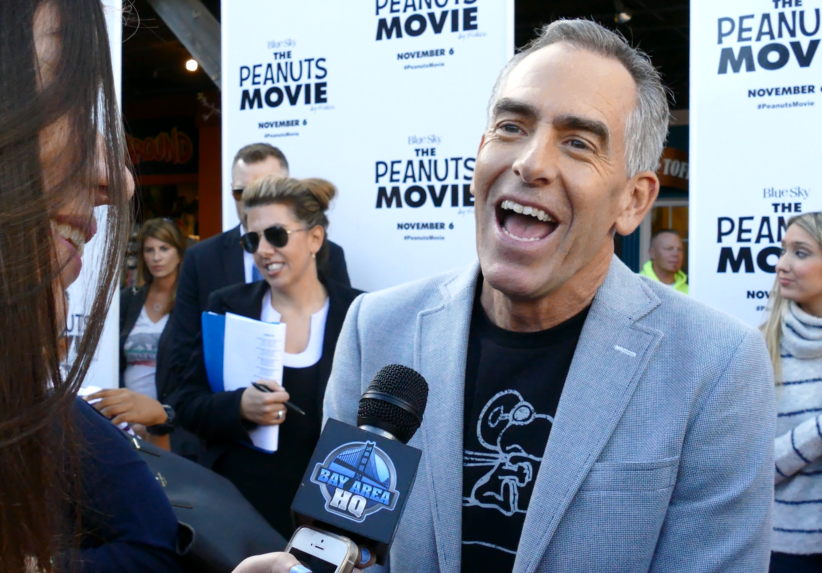 We also asked Steve about using the original sounds of Snoopy and Woodstock. He shared how that came about: “I made a trip down to Bill Melendez’s studio and Bill passed away some years ago. But we stumbled across these tapes of him doing Snoopy and Woodstock. As soon as I heard them, they’re gold. There’s nobody that could create anything better. And for me its also a great homage to the work that he did in creating those characters from the very beginning.”

Of course, we all know Charlie Brown will be trying to garner the attention of the Little Red-Haired Girl in the movie, but what does Steve enjoy about the other characters in the film? “One of the things that I love is that Linus is this great friend. He’s a guy that believes that Charlie Brown is OK the way he is. Linus has always had that wonderful voice of wisdom, and we see that in this film. Then we get all the crazy antics of Sally who’s just kind of bouncing off the walls, doing something surprising and fun. And of course we’ve got Peppermint Patty and Marcy. Marcy’s trying to get a book report done and all Peppermint Patty wants to do is skate. They’re such a rich group of characters. You put them together in a story and they just come to life,” Martino said.

We also caught with Craig Shulz, son of Charles M. Shulz, who we asked if we’ll be hearing any of the famous Peanuts “adult-speak” in the movie. He told us “Wah, Wah, Wah, Wah, Wah. Oh yeah, we actually had a guy come all the way out from New Orleans, Trombone Shorty. Steve worked with him for a day to get the sounds right.” 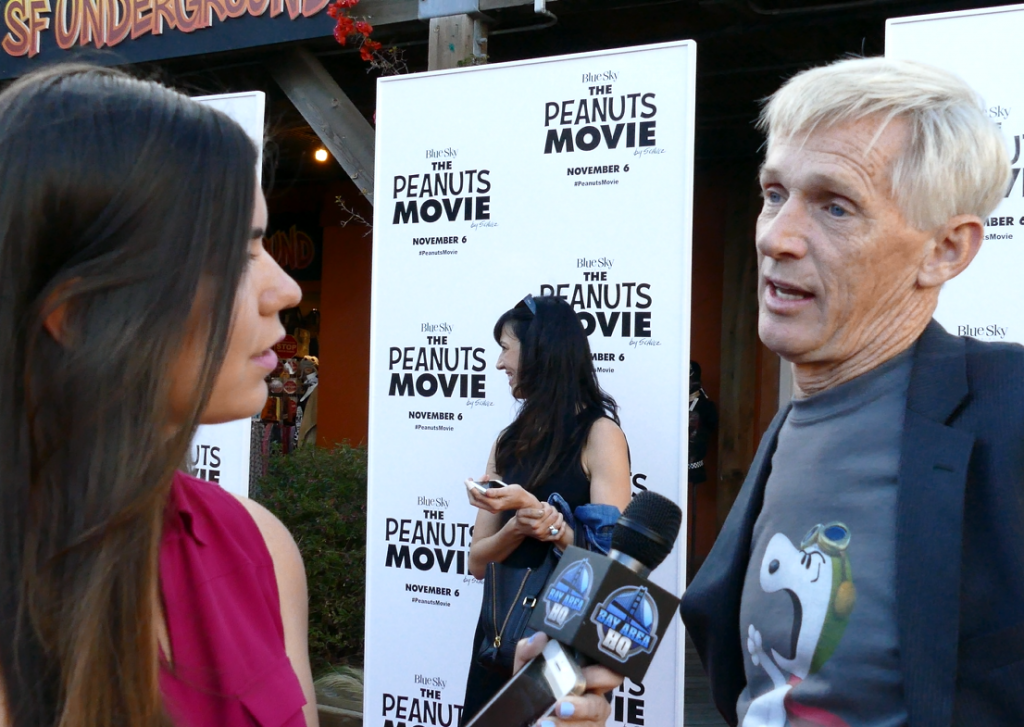 Don’t forget to catch The New Peanuts movie on November 6th. After talking to the creators and cast you can be sure the late Bay Area talent Charles M. Schulz will be proud of this one.

Check out this great interview with Bay Area HQ’s Bobby B! TNT is heading to the kitchen this fall with On the Menu, a revolutionary…