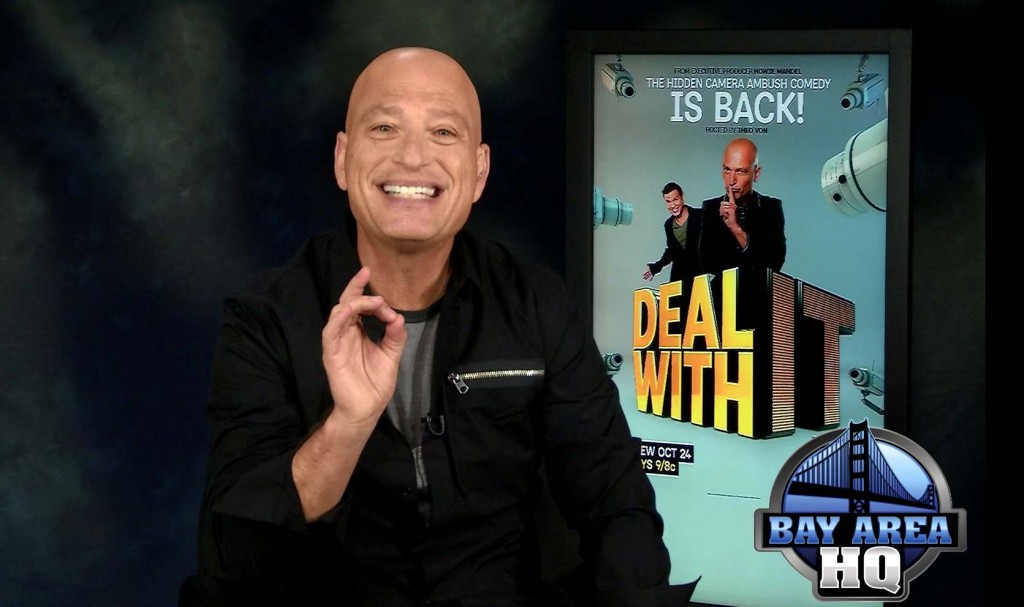 Bay Area HQ, Your Bay Area Sports & Entertainment Headquarters, talks to Howie Mandel about the new season of “Deal with It,” on TBS tonight, at 9PM. Watch him as he also talks about San Francisco and tells us a great story about his friends playing a prank on him. Check it out!
In “Deal With It,” everyday people are dared to pull a series of escalating pranks on their unwitting companions with no time to prepare. If they accept the challenge, the game is on. Executive Producer Howie Mandal and his co-host Theo Von are joined by several celebrity guests this season, including Nick Cannon, Marlon Wayans, Jerry O’Connell and more.

Howie Mandel also serves as one of the judges on NBC’s summer hit talent competition series “America’s Got Talent,”alongside Heidi Klum, Mel B and Howard Stern. Mandel received an Emmy® nomination for Outstanding Reality/Competition Host for “Deal or No Deal” and a Daytime Emmy nomination for Outstanding Game Show Host for the syndicated version of the show. Mandel’s versatile career has encompassed virtually all aspects of the entertainment spectrum, including television, film and stage. From hiswork on the Emmy-winning “St. Elsewhere” to the international animated children’s series “Bobby’s World,” Mandel has become a mainstay of the American comedy scene. In 2009, Mandel added another title to his resume, author, when he released his frank, funny,no-holds-barred memoir “Here’s the Deal: Don’t Touch Me.”