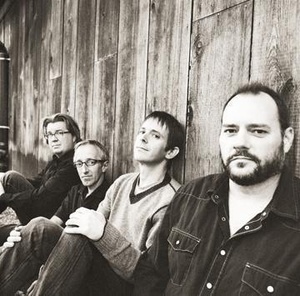 One of the 90’s most memorable bands, Toad the Wet Sprocket, will headline at Santa Cruz’s premier concert venue, the Catalyst on Thursday night. The Santa Barbara group, which got it’s name from a Monty Python fictional band, will always entertain crowds with its mega-hits “All I Want” and “Walk on the Ocean.”

“Toad the Wet Sprocket” continues to tour with all four original members: lead singer Glen Phillips, guitarist Todd Nichols,bassist Dean Dinning, and drummer Randy Guss. From 1989-1998, they made 5 studio albums which combined sold over four million copies, had five major radio hits, and won over audiences across North America and Europe. In 2011, they also decided to update their classic catalog, and created a new Greatest Hits album “All You Want.”

Toad the Wet Sprocket are currently in the studio with producer Mikal Blue, and fans can look forward to a new release and extensive tour in 2013-14.
In the meantime, tickets are still available for this week’s show.

Bryan Cranston Streaked at a Jack in a Box Drive Thru

Bryan Cranston Streaked at a Jack in a Box Drive Thru – The Exec. Producer of Amazon’s New Series “Sneaky Pete,” Shares  story with…