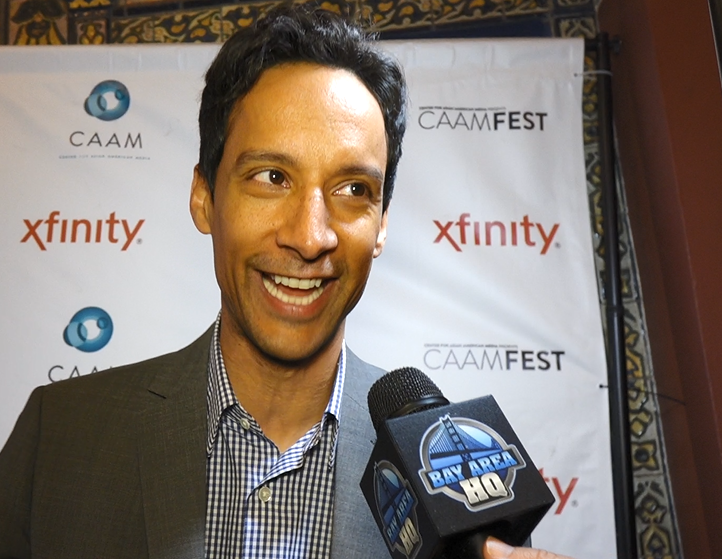 THE TIGER HUNTER- Bay Area HQ hit the red carpet at the Castro Theatre for the San Francisco premiere of The Tiger Hunter. Watch (video above) interviews with the director Lena Khan and cast members Danny Pudi, Jon Heder, and Rizwan Manji. The film was the Opening Night movie for CAAMFEST, which is happening until March 19th in San Francisco. The film was funny and heartwarming, and the cast afterwards had a great Q&A session afterwards. Jon Heder and other cast members attended the Opening Night Gala at the Asian Art Museum where guests drank, danced and indulged in art, music and food. Bay Area favorites had some great offerings including Boba Guys, Sol Food, Hodo Soy, Reem’s, Magnolia Ice Cream, The Chai Cart, Lee’s Deli, Socola Chocolatier and Rémy Martin. Attendees soaked in the visual riches of the museum’s newest exhibits, Tomb Treasures: New Discoveries from China’s Han Dynasty.

THE TIGER HUNTER is the story of Sami Malik, a young Indian who travels to 1970s America to become an engineer in order to impress his childhood crush and live up to the legacy of his father—a legendary tiger hunter back home. When Sami’s job falls through, he takes a low-end job and joins with a gang of oddball friends in hopes of convincing his childhood sweetheart that he’s far more successful than he truly is…or perhaps ever could be. Starrng DANNY PUDI, JON HEDER, RIZWAN MANJI, KAREN DAVID, KEVIN POLLAK, IQBAL THEBA, SAM PAGE.

The Center for Asian American Media (CAAM) is pleased to announce that CAAMFest 2017 will take place March 9-19 in the San Francisco Bay Area. CAAMFest is an 11-day feast for the senses, with film, music, food and digital media from the world’s most innovative Asian and Asian American artists.

YESTERDAY, TODAY, TOMORROW
Celebrating its 35th year, CAAM turns the lens on itself, peering back to the festivals and themes of yesterday, exploring the organization and CAAMFest in its current form today, and looking ahead to future iterations and directions for the Festival. CAAMFest 2017’s expansive and diverse slate of programming will be on display in a variety of stunning and culturally-rich venues in San Francisco and the East Bay, including the Castro Theatre, Asian Art Museum, New People Cinema, Alamo Drafthouse, The New Parkway Theater, Jewish Community Center, Roxie Theater, Gray Area Foundation for the Arts and Oakland Museum of California.

“CAAMFest 2017 is a true milestone for our organization and community,” says CAAM’s Executive Director Stephen Gong. “The need for a festival —that celebrates creativity and diversity, that builds understanding and empathy, that educates and inspires— has never been more important and more necessary, and our dedication to the advancement of Asian American visibility and perspectives has never been stronger.”

This year’s Festival boldly explores visibility and perspectives through a diverse and interactive media, from the charming resolve in Opening Night’s THE TIGER HUNTER to the ever-relevant struggles explored in Closing Night’s THE CHINESE EXCLUSION ACT, and shines light on the cultural identity, community intersectionality and political landscapes that Asians and Asian Americans constantly navigate.

SPECIAL PRESENTATIONS
35TH ANNIVERSARY: CAAM celebrates 35 years of advancing Asian American media and evolving our platform for Asian and Asian American voices. During the Festival, revisit three films from CAAMFests of yesterday, and view an even broader collection streaming online.

SPOTLIGHT – HAM TRAN: A leader in Vietnam’s new film industry, Vietnamese American filmmaker Ham Tran has honed his craft of storytelling through a diverse collection of films and genres. See his two most recent features at CAAMFest.

JAPANESE AMERICAN COMMUNITY & THE LEGACY OF INTERNMENT: CAAM marks the 75th anniversary of the forced relocation and incarceration of Japanese Americans during WWII with a series of bold new documentaries that explore this painful moment in America’s history and urges others to defend those under threat of similar injustice.

PACIFIC ISLANDERS IN COMMUNICATIONS PRESENTS: PACIFIC SHOWCASE: From New Zealand to Hawaii, celebrate the resilience, wisdom and creativity of the Pacific Islander community.

CHINATOWN SCREENINGS: CAAM continues Festival programming in San Francisco’s Chinatown, the oldest and largest Chinatown in North America. Soak in the rich history and community with a series of films overflowing with culture and perspective.

BROWN GIRLS: This new web series, directed by Sam Bailey and loosely based on creator Famimah Asghar’s own life, paints an intimate portrait of two young women of color navigating their relationships, families, sexual orientations and the messiness of being in your mid-20s.

DIRECTIONS IN SOUND – MUSIC AND FILM: 12 years strong, crowd favorite Directions in Sound has been the premier Asian and Asian American music gathering of emerging and cutting‐edge artists. Carrying sounds to screen, CAAMFest rounds out the program with three musically-minded films.

ASIAN AMERICAN DOCUMENTARY COMPETITION: Follow outsiders as they work for visibility, success and even survival, looking to the past, present and even the future.

CAAMFEST IN OAKLAND: Now into its fourth year in Oakland, CAAMFest’s East Bay programming continues the fantastic success of last year’s kickoff at the Oakland Museum of California (OMCA) with this year’s BLASIAN NARRATIVES. Following OMCA, indulge in a phenomenal lineup of films at the New Parkway Theater and experience an all-new family friendly event at the Oakland Asian Cultural Center (OACC).

TICKETING INFORMATION:
Ticket prices for regular screenings range from $12-$14, excluding special events and galas. Tickets can be purchased by CAAM Members online beginning February 9 and open to the general public on February 13. All attendees can purchase tickets at the CAAMFest box office at the Alamo Drafthouse beginning March 3. Learn about member pricing, discounts and more on the Box Office & Ticketing Information webpage.

About CAAM:
CAAM (Center for Asian American Media) is a non-profit organization dedicated to presenting stories that convey the richness and diversity of Asian American experiences to the broadest audience possible. CAAM does this by funding, producing, distributing and exhibiting works in film, television and digital media. For more information on CAAM, please visit www.caamedia.org.

On Saturday, May 3rd at 7:30PM the Sundance Kabuki Cinema, the spotlight will be on new film director Gia Coppola, 27-year-old granddaughter to Francis and niece…