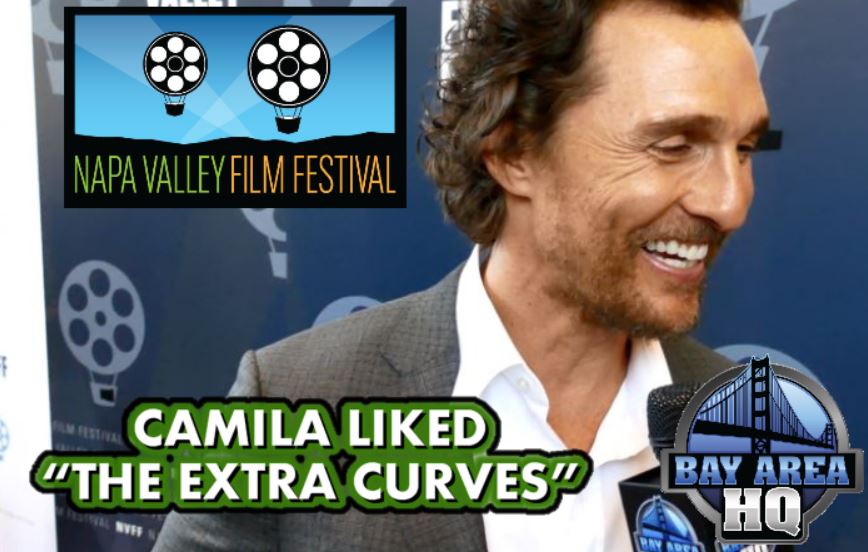 Watch our interview with Matthew McConaughey, who plays the desperate and determined Kenny Wells in the new movie GOLD. The star opened up about how his family reacted to his 40 lb weight gain for the role, and also about how his character reminded him of the pipe salesmen he came across when working with his late father. Check it out!

The NAPA VALLEY FILM FESTIVAL, which is underway in Napa from November 9 – 13,  was proud to honor Matthew McConaughey with the Caldwell Vineyard Maverick Actor Tribute in celebration of his cinematic achievements. McConaughey, is best known for his Academy Award(r)-winning role in Dallas Buyers Club, as well as his unforgettable performances in Mud, The Lincoln Lawyer and HBO’s True Detective. “Vintner John Caldwell is the original Napa Valley maverick winemaker, and Matthew McConaughey is the epitome of a maverick when it comes to his work in the film industry,” said NVFF Co-Founder/Director Marc Lhormer. “Matthew boldly inhabits each character that he plays on screen, and we are just delighted to showcase his latest film and to honor him at the festival this year.”

GOLD is the epic tale of one man’s pursuit of the American dream, to discover gold. Starring Oscar winner Matthew McConaughey as Kenny Wells, a prospector desperate for a lucky break, he teams up with a similarly eager geologist and sets off on an amazing journey to find gold in the uncharted jungle of Indonesia. Getting the gold was hard, but keeping it would be even harder, sparking an adventure through the most powerful boardrooms of Wall Street. The film is inspired by a true story.