The Hollars John Krasinski & Margo Martindale in SF – From “Justified” to “The Office” to “The Hollars,” Meet The Two Great Talents Behind The Film. 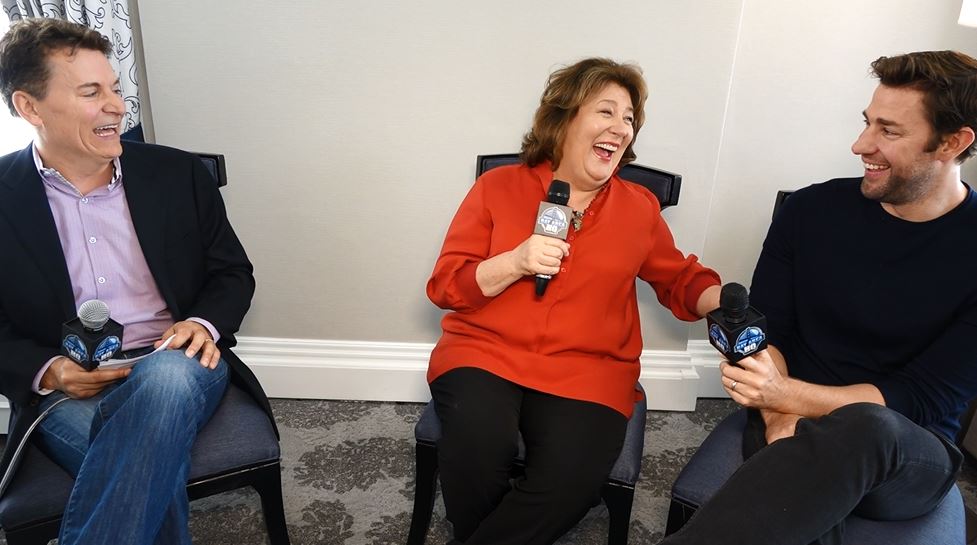 The Hollars San Francisco Interview with Margo Martindale & John Krasinski – Watch our fun interview with Director, Actor John Krasinski (The Office, 13 Hours) and Emmy Winner Margo Martindale (Justified, The Americans, BoJack Horseman). We talk The Hollars, the amazing new Sony Pictures Classics film about family; a great movie that will make you laugh and will make you cry.

In our interview above, we talk to John about bringing in cast and crew from The Office (Randall Park, Josh Groban); we talk to Margo about comparisons to Little Miss Sunshine; and John shares a funny story from his early days at The Office. Also, be sure to watch the stars play our Tom Brady or John Krasinski? game, where we ask Margo if she can tell which hairstyle belongs to the New England Patriots QB or if it belongs to her co-star and director John Krasinski.

All that, and so much more in this light-hearted and insightful interview with two of the most gracious and talented Hollywood actors out there.

The Hollars – John Hollar, a struggling NYC artist is forced to navigate the small middle-American town he left behind when news of his mother’s illness brings him home. Back in the house he grew up in, John is immediately swept up in the problems of his dysfunctional family, high school rival, and an over-eager ex-girlfriend as he faces impending fatherhood with his girlfriend in New York. From a script by Jim Strouse that is at turns hilarious and heartbreaking, John Krasinski’s second feature is a poignant look at the bonds of family and friendship.

Check out Victoria Justice in MTV’s “Eye Candy” on Monday nights at 10/9C. She sat down via satellite to talk to Bay Area HQ…