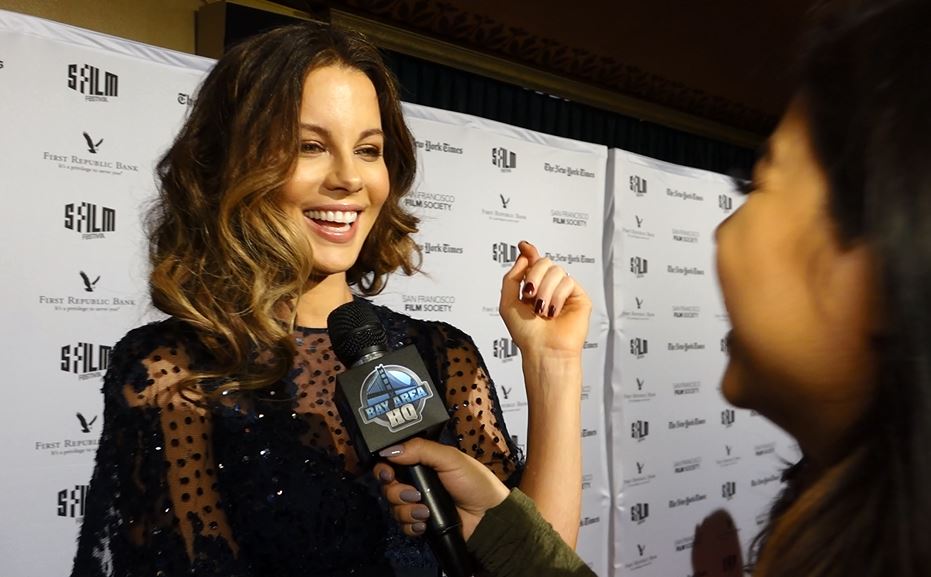 Love and Friendship San Francisco Premiere! Watch Bay Area HQ’s Marlu Silva talk to actress Kate Beckinsale (Underworld, Serendipity) and critically-acclaimed director Whit Stillman (Metropolitan, Barcelona, Last Days of Disco) about their new movie Love & Friendship, which was chosen as the Opening Night feature. The film is a laugh-out-loud comedy starring Beckinsale as the cunning, witty, and sassy social climber, Lady Susan. This sharp-witted, frisky tale—based on the Jane Austen novella Lady Susan—was well received by the sold-out audience at the Castro Theatre. Immediately after the showing, Beckinsale and Stillman took questions from the audience about “Love and Friendship.”

The 59th San Francisco International Film Festival runs April 21-May 5 at the Castro Theatre, the Alamo Drafthouse New Mission, the Roxie Theater and the Victoria Theatre in San Francisco and BAMPFA in Berkeley. Held each spring for 15 days, SFIFF is an extraordinary showcase of cinematic discovery and innovation in one of the country’s most beautiful cities, featuring nearly 200 films and live events, 14 juried awards with nearly $40,000 in cash prizes and upwards of 100 participating filmmaker guests. Get your tickets now to experience one of the world’s greatest film festivals. Here’s our list of must-see events (see official site for the latest news and info. Schedules and artists subject to change).

About the San Francisco Film Society

Building on a legacy of more than 50 years of bringing the best in world cinema to the Bay Area, the San Francisco Film Society is a national leader in exhibition, education and filmmaker services.

The Film Society presents more than 100 days of exhibition each year, reaching a total audience of more than 100,000 people. Its acclaimed education program introduces international, independent and documentary cinema and media literacy to more than 10,000 teachers and students. Through Filmmaker360, the Film Society’s filmmaker services program, essential creative and business services, and funding totaling millions of dollars are provided to deserving filmmakers at all stages of their careers.

The Film Society seeks to elevate all aspects of film culture, offering a wide range of activities that engage emotions, inspire action, change perceptions and advance knowledge. A 501(c)3 nonprofit corporation, it is largely donor and member supported. Membership provides access to discounts, private events and a wealth of other benefits.