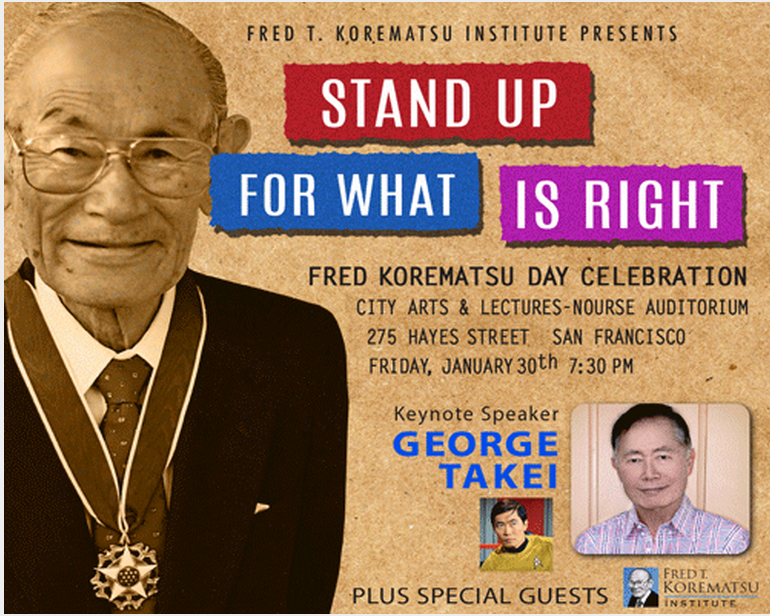 George Takei is best known for playing Sulu in the original Star Trek series and for being a social media icon nowadays, but above all, he uses his star power to serve as an advocate for both the LGBTQ and Asian-American communities, particularly relating to his Japanese heritage. On Friday, January 31st, Takei will serve as the keynote speaker for Stand Up for What is Right, the 5th annual Fred Korematsu Day celebration at Nourse Theater in San Francisco. The event will take place from 7:30PM to 9:00PM.

Fred Korematsu became a national civil rights icon for defying the U.S. government’s forced incarceration of Americans of Japanese ancestry during World War II. President Clinton awarded him the Presidential Medal of Freedom, the highest honor for American civilians. The Fred T. Korematsu Institute organizes events every year on January 30th to honor Korematsu on his birthday. This 2015 commemoration also coincides with the 10th anniversary of Korematsu’s death in March 2005.

You can purchase tickets to this event now, including tickets to a pre-event VIP reception with Takei. For more information, visit City Box Office.